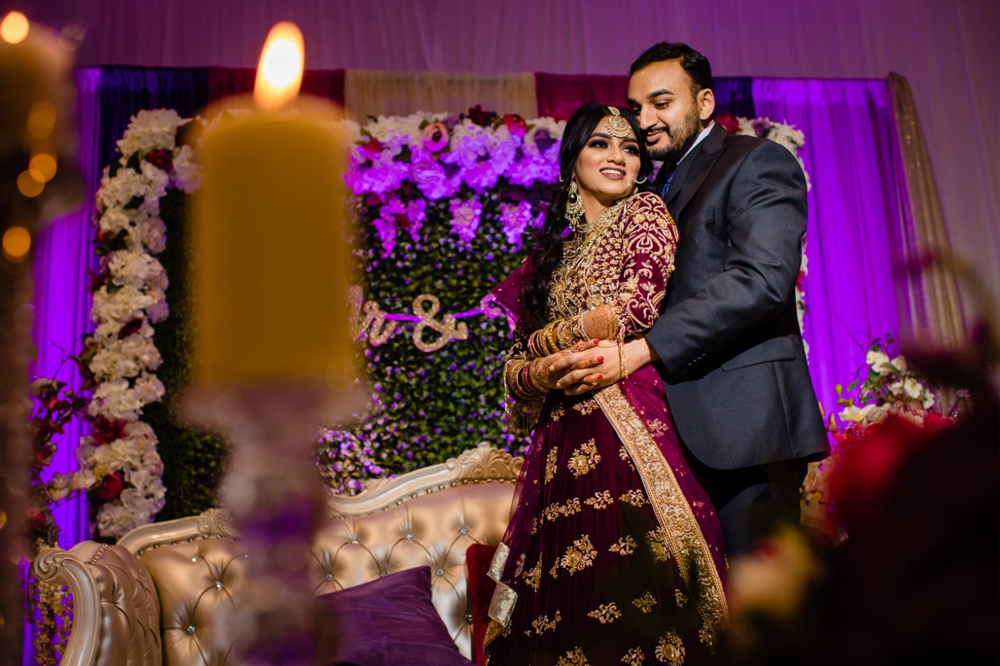 Posted at 06:55h in Wedding Blog by admin 0 Comments
0 Likes

Bhargav and Hajra began their love story in college when they both took physics together. After a particularly challenging exam, Bhargav looked defeated as he got his score back and didn’t do as well as he have hoped.  Hajra, during class, saw this, got his number, and texted him, “Don’t be sad. It’s only physics.” Their friendship bloomed into love as they began to learn and appreciate the vast similarities and differences between their cultures and religions. Hajra is a Pakistani Muslim and Bhargav is a Telugu Brahmin Hindu. Despite the odds, they fell more deeply in love as time went on. They had been together for 11 years with 8 of those years being long distance before they got married. Blessed by close family and friends, they celebrated their love with beautiful traditional Pakistani Muslim and Telugu Hindu wedding ceremonies. They finally found their happily ever after!

Sorry, the comment form is closed at this time.